Today Zach turned 4 years old! He had quite the eventful day. When Jen woke him up this morning he was SO EXCITED it was FINALLY his birthday. He kept running around the house doing his "birthday dance" (this basically looked like a kid skipping while singing a song).
Zach decided he wanted to spend the day with his friends at preschool and daycare. He was excited to bring cupcakes to share with his friends. Jen had taken Zach to Sam's club over the weekend and he picked out Spiderman and Mator/McQueen cupcakes to take (daycare/preschool rules are all food brought has to be store bought). When we picked Zach up from preschool he was wearing a crown. His teacher Mrs. Madsen had given him a birthday crown to wear for class and Zach ended up wearing it for the rest of the day! 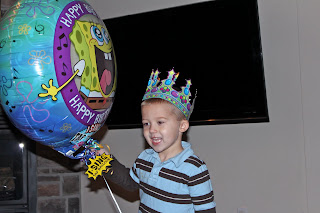 When we picked the kids up from daycare tonight all the workers at the center said the kids had a BLAST eating the cupcakes. They had cupcake frosting EVERYWHERE on their faces. Sure enough Zach's face was a bit blue :) We asked where Zach wanted to go for dinner - he wanted Chick-a-fila. Zach and Logan had fun eating nuggets and playing on the play scape.
Now it was time to head home for presents and cupcakes (yes - Zach worked it so he got THREE cupcakes today!). 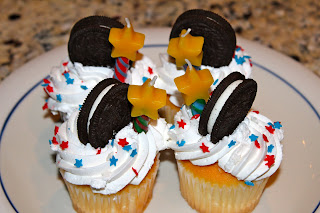 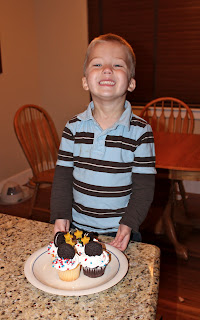 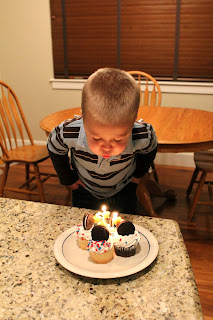 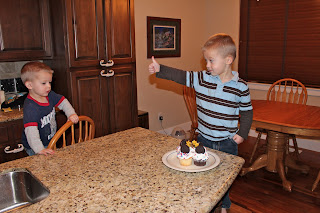 I have never seen my kids tear through wrapping paper so FAST! Zach and his helper Logan were able to clear through everything... 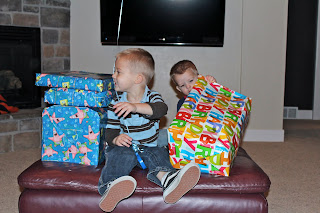 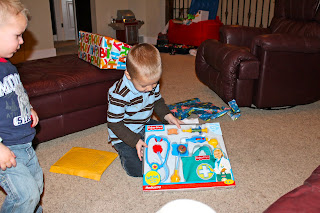 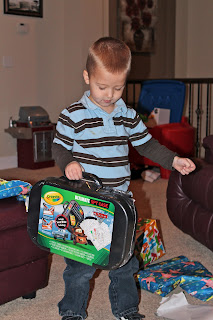 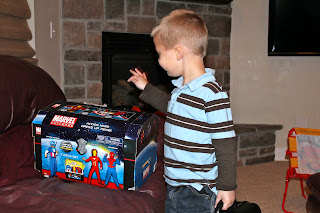 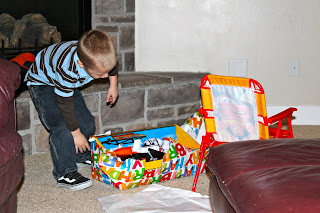 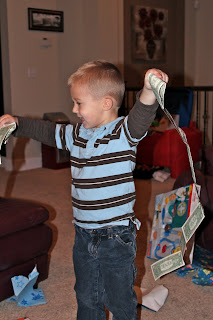 Overall a quite successful day. Zach has a birthday party with his friends this upcoming Saturday - so we wanted to make sure we didn't go overboard today :)
Zach is our little character. He is so full of personality it is such a joy to spend time with him. Zach is also pretty easy going. Right now he is going through is "TV" phase - so if Mom and Dad need a break, we know what to do to keep him entertained :) Zach also likes to be out and about. Every weekend he is always asking where we are going to go and what we are going to do....he gets that from his dad.

Posted by Dustin and Jen Gray at 8:30 PM