Two good size snow storms in one week = lots of snow that probably won't melt away from our yard for a couple of months! The first snow storm dumped LOTS of powder, the second snow storm was a big slushy mess - the kind of mess that is hard to shovel and snow blow. Zach LOVES to be outside when it is snowing, he is always going to the closet to get his snow boots and handing them to us...his way of saying, "lets go play!!" 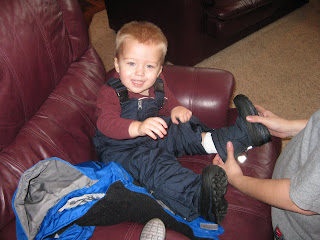 Yup - excited to get all bundled up to play in the snow. 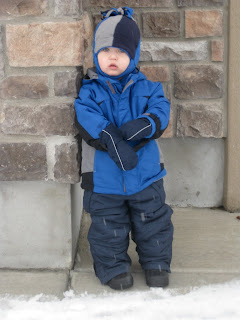 Just chilling next to the front of the house - watching dad shovel. 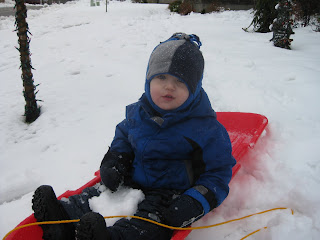 Sled time - he LOVES it! 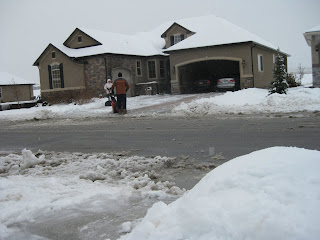 Dustin helping out the neighbor with the slushy mess.... 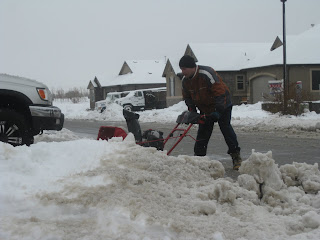 Dustin getting rid of the slushy mess in our driveway.
Jen and Zach played outside for a bit over an hour. Dustin shoveled and snow blowed three driveways - it took TWO HOURS!!
Posted by Dustin and Jen Gray at 9:37 PM

zach is so cute in his snow clothes. dustin should get an award for snow blowing for 2 hours. You guys have a beautiful home.