We decided to take the day off and spend some time in the sun! 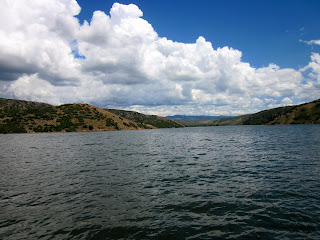 We headed out near Park City to the Jordanelle Reservoir for the afternoon - we rented a pontoon boat with the Krotosky's. We left Logan and Sophia in day care (Logan has NO FEAR when it comes to water....that's all we needed, a 19 month old jumping in the water every chance he had!) and brought Zach along with us. Zach was so thrilled to go in a boat, it was all he talked about the day before - check out his smile! 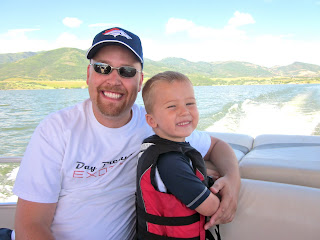 The water was a bit chilly, but once you were fully emerged it was fine. It actually was very refreshing to be in the water with the warm afternoon. We rented a tube with the boat and we all took turns on the water. Jeff started it off for us....we tried as hard as we could but were unsuccessful in flipping him off the tube! 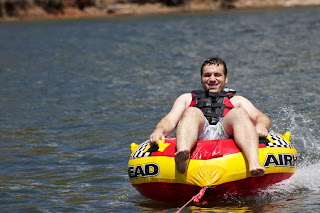 Next up was Dustin....we also had a hard time getting him to flip off the tube! 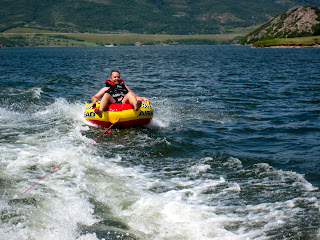 Jen had a blast on the tube....she squealed like a little girl.... 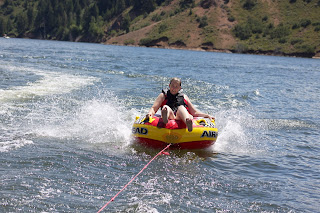 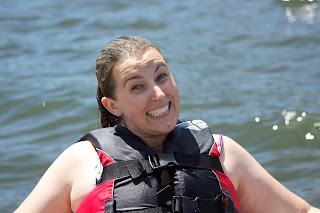 Next up was Zach and Dustin! Zach actually did pretty good until he realized the water was a bit chilly...and then he didn't want to have anything to do with the water. 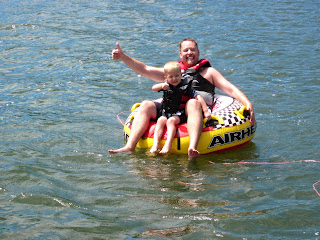 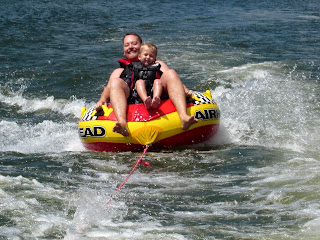 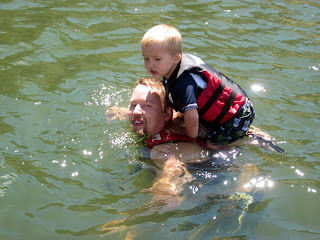 So Zach became the captain of boat and was driving us around in the tube instead of riding in the tube. Here Zach is driving Dustin around on the tube. 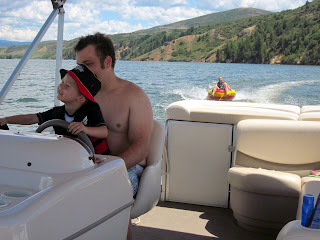 After a few hours of tubing we decided to do some chilling. We parked the boat 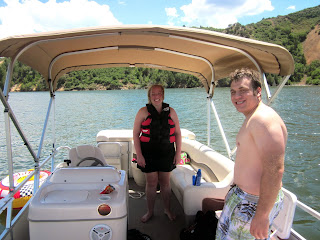 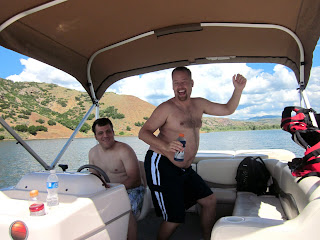 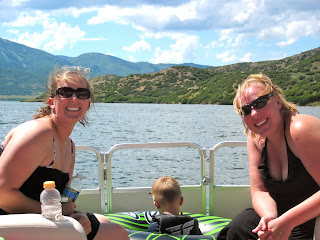 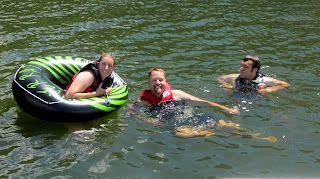 Awesome afternoon! We might have to make this a yearly thing....next year Logan and Sophia might be old enough to join us.
Posted by Dustin and Jen Gray at 8:56 PM