A visit to Camp Williams

This afternoon Dustin, Glen, and Zach took Thunderpig out for a drive and ended up at Camp Williams. Glen and Dustin had fun showing Zach all of the cool Army vehicles they used to work with during their time in the Army..  Zach really enjoyed climbing around on everything. His only complaint was that he couldn't hear their engines.. hah.. what a boy. 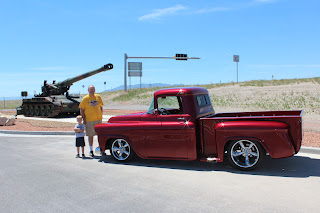 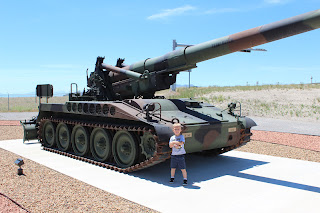 Zach standing next to an M110 Howitzer.. He thought it was cool because it has a blade on the back (used to dig into the dirt to keep the tank from moving when they fire it) 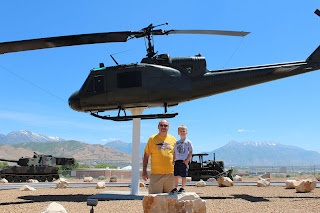 Zach and Grandpa standing near a helicopter.. We see these flying over our house a lot. It was cool for Zach to see one up close. 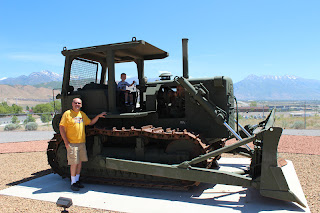 Grandpa and Dustin were excited to show Zach this bulldozer. Its the same type of bulldozer that Glen let Dustin ride with him one winter as he was clearing snow with.. Dustin was probably about the same age as Zach is now.. 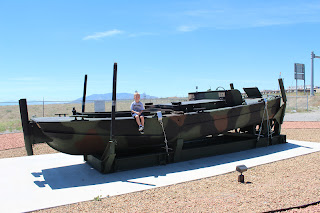 This is a troop carrier boat.. Zach didn't sit on it for long because it was HOT!  :-)

After looking at all of the army vehicles they drove onto base and Zach waved at all of the soldiers. What a great day for a drive!
Posted by Dustin and Jen Gray at 8:04 PM