This afternoon we boarded a plane and headed to Oakland, California to meet up with the rest of the Twogood clan for our trip to Hawaii!  While in the Salt Lake City airport waiting for it to become time to board, one of the Delta pilots came over and was talking with our boys.  He asked which plane they were going on and both boys pointed out the big airport windows to the plane at our gate.  The pilot smiled and told us he was the one that was flying that plane to Oakland and when we got inside the plane to stop by the cockpit to check it all out.  So we did! 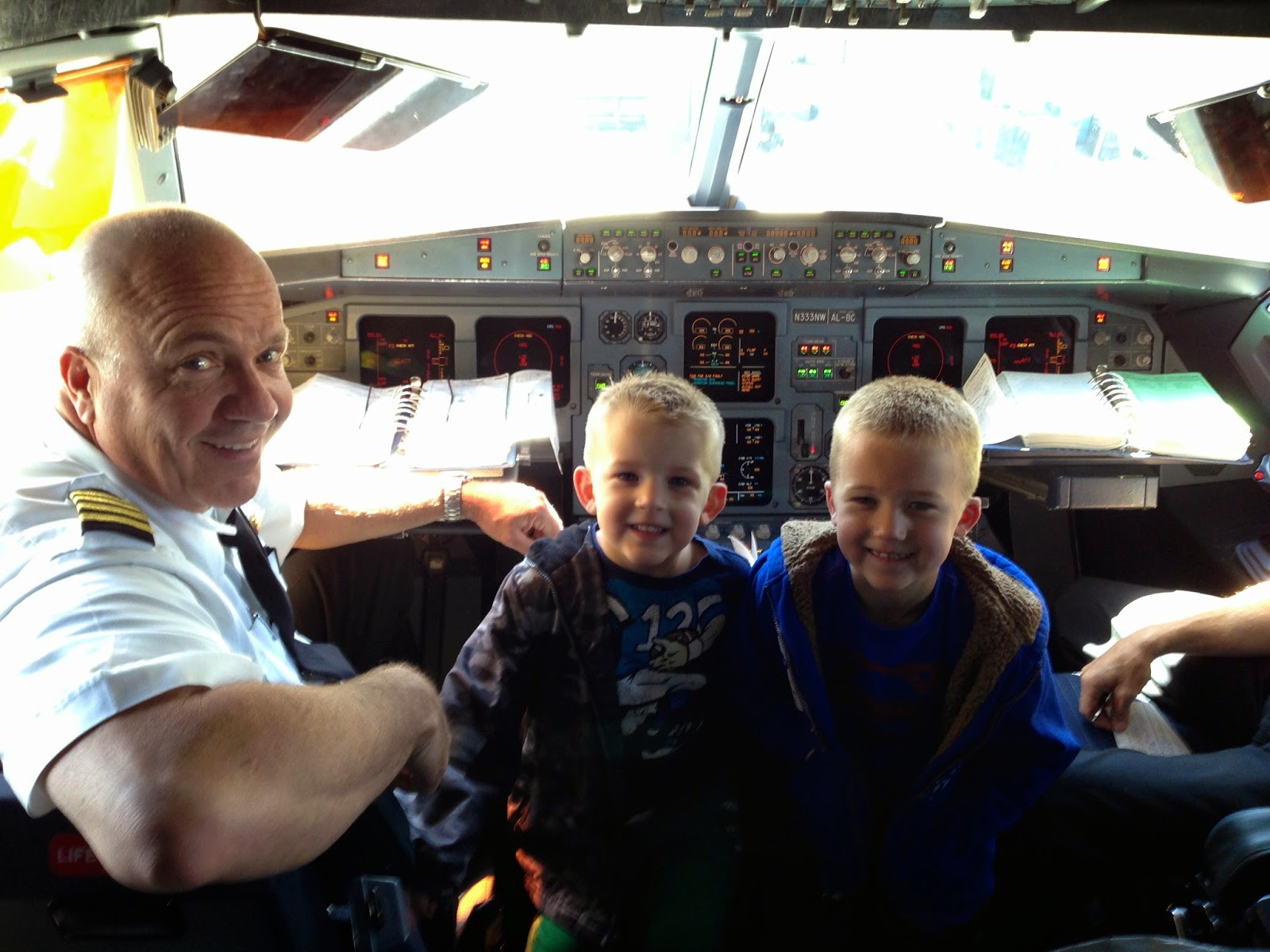 I don't think our boys knew exactly what to do, the had never been up to the very front of the plane before.  The pilot asked them if they wanted to sit in his chair and the boys declined.  The boys did ask for a picture and they did request I post it on Facebook (which I did).  Right before the plane was going to land the pilot has sent 'wings' to our seats for the kids...they were in heaven.  It doesn't end there.  We were slow to make it down to baggage claim after we deplaned and ended up walking with both the pilot and copilot.  We had a pleasant conversation about our planned trip to Hawaii the next day and the boys told them all the 'cool places' they had been by taking planes so far in their life.  I was impressed....so impressed that later that evening I submitted a letter to delta.com explaining our day and how I felt both the pilot and co-pilot went out of their way to make a lasting memory for my kids.  Hopefully they get recognized!

We met up with our family, checked into our hotel and hit up the pool!  No slowing these kids down! We were quickly reminded that Logan still needs to wear his water wings...no matter how much he says he can swim on his own he isn't quite there 100%. 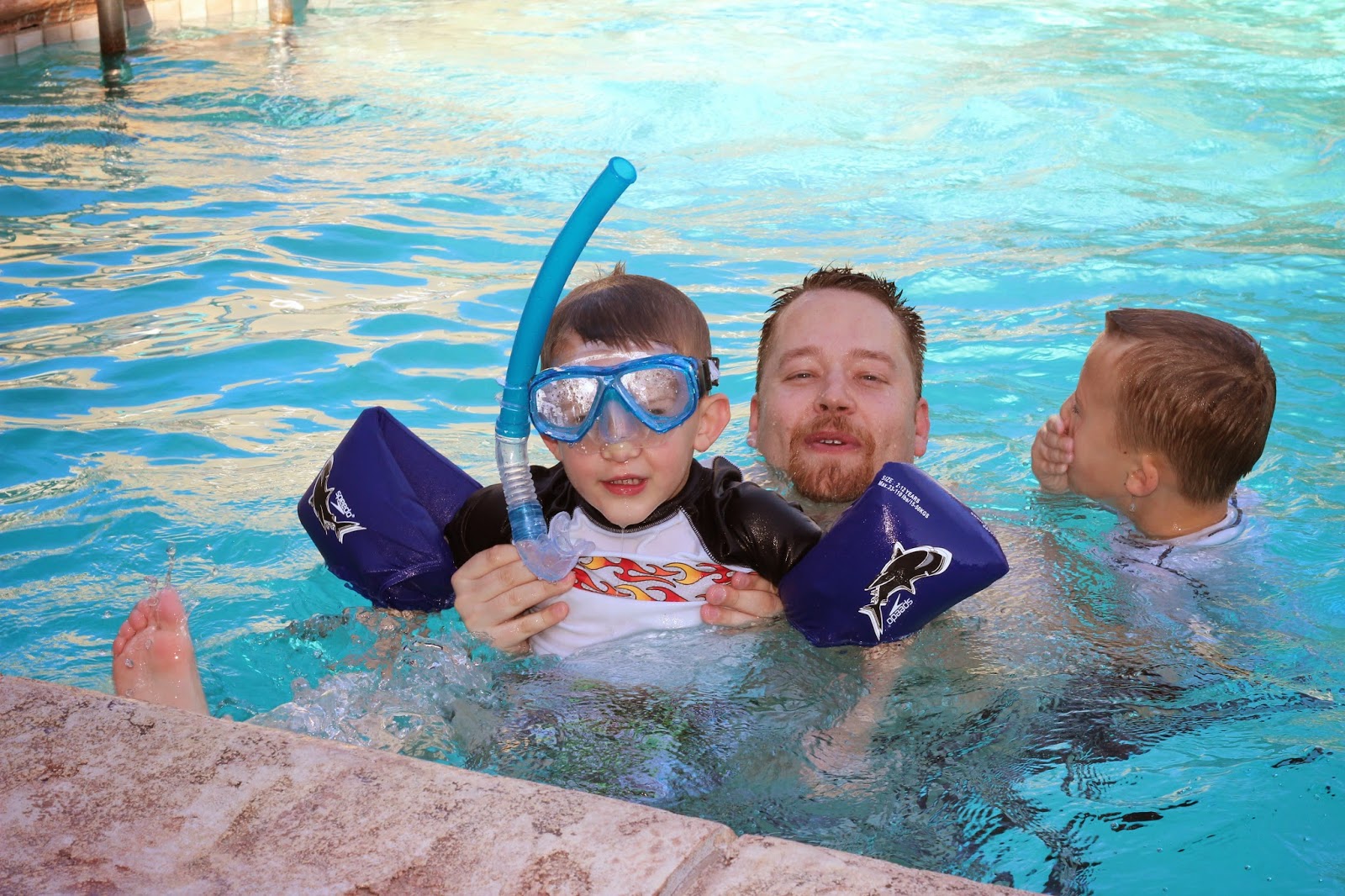 We wrapped up the evening with some Round Table Pizza (Jen's favorite from when she was a kid) and then tried to go to bed early because we had a 9am flight to Hawaii the next day!
Posted by Dustin and Jen Gray at 10:09 PM