Today we hit up the Utah State Fair. We've been trying to go the last three years but this is the first year we actually made it! The weather cooperated - high of about 83 degrees today. We were a bit worried at the beginning of the day because this is what Zach's reaction was to EVERYTHING.... 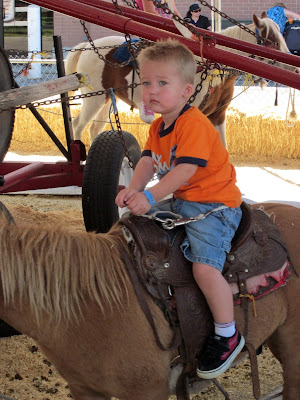 He was tired...but nothing a Capri Sun couldn't fix! Once the kid had some juice he was out and about exploring. We hit up the animals. Logan liked looking at the birds. 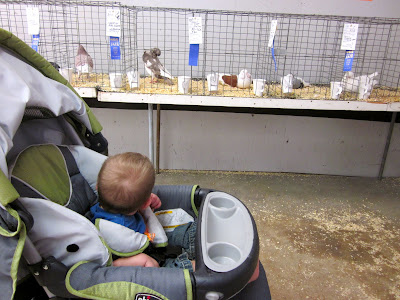 Jen liked this rabbit. It kind of looks like a lion. 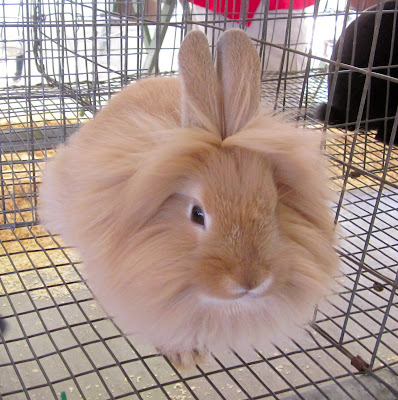 And of course there were the cows....these cows were so pampered. They were getting shaved and bathed...I don't think we have ever seen such CLEAN COWS! 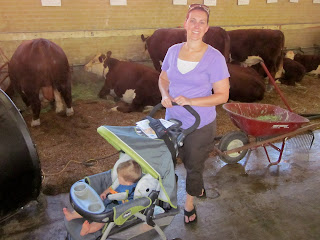 Zach got to ride this train.... 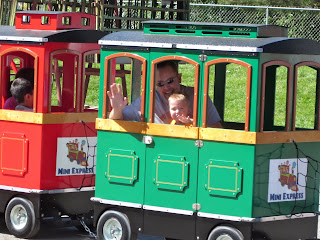 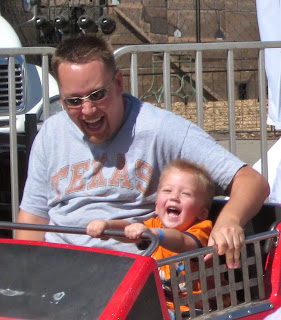 Of course the choppers.... 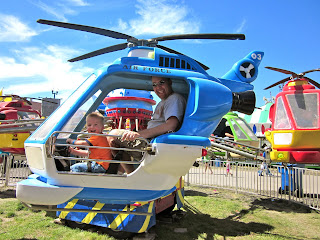 No fair is complete without foot long corn dogs! We all ate them for lunch. 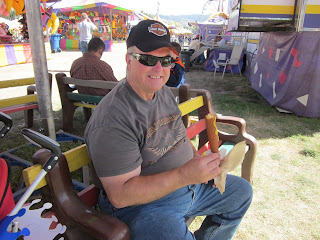 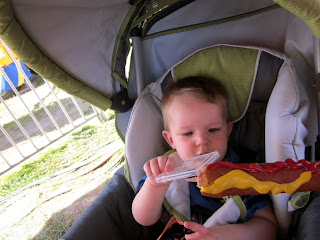 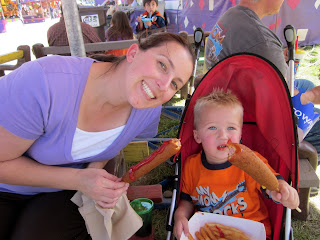 After lunch it was time for the GIANT SLIDE!!! Dustin and Zach went THREE TIMES! 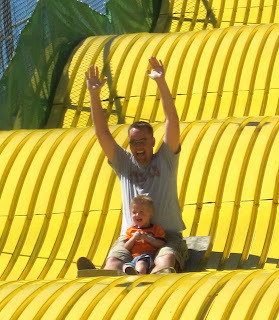 Logan started getting a bit jealous....he wanted to bust out of his stroller and have some fun too... 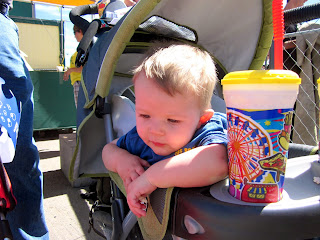 So we checked out the kid farm area. Logan got to ride an (stuffed) sheep: 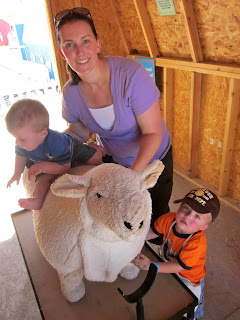 Then it was time for tractors. I think Zach was the only person under the age of 30 looking at all the tractors and getting in them and such. He wouldn't sit in any one tractor for too long as the seats were so hot from being in the sun. 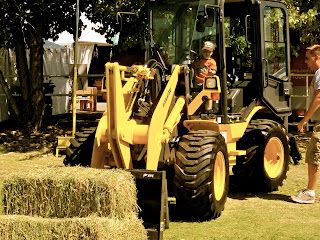 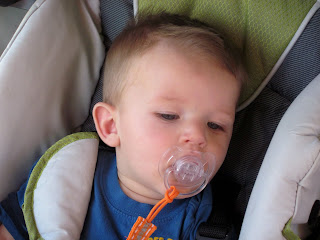 So we tried as best we could to use up the rest of our ride tickets. Jen and Zach went on the Ferris wheel. 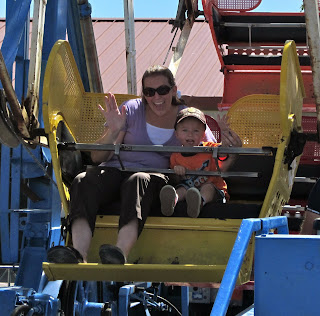 Zach also swung the mallet at the muscle meter hammer game - the kid is strong ;) He was able to ring the bell! 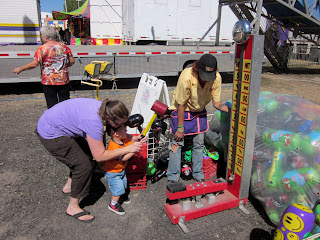 We didn't last long after that.....we headed to the car (after 5 hours at the fair) and Zach was out in about five minutes. 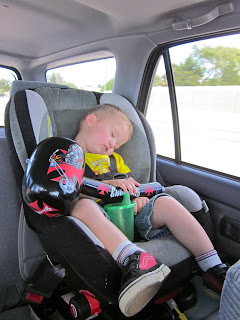 We had an AWESOME time at the fair and were glad to have Jen's dad in town to go with us!
Posted by Dustin and Jen Gray at 8:39 PM