This year while Dustin was up on the ladder putting up the last strand of lights on the house Zach decided it was time he stepped up and started helping Dad out with the family tradition. He found a bag of extra lights and said "Dad I'm bringing you lights!".. And he proceeded to climb up the other side of our 10' ladder. 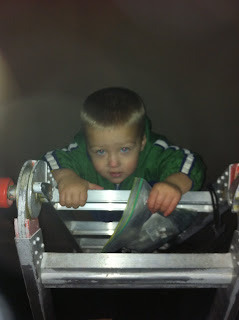 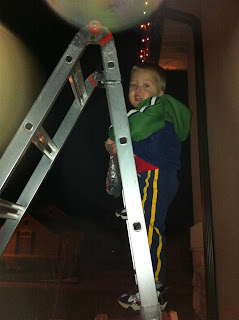 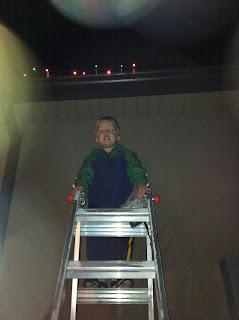