Today there was a reptile show going on at the Sacramento Convention Center. We figured the kids would get a kick out of seeing all kinds of different reptiles - so we went. I don't think we realized how MANY reptiles there would be. There were so many different booths and they all had TONS of snakes in these containers they were trying to sell. Then there were all the people buying the snakes, walking around carrying their snake in its container, and people just walking around holding their snake with NO container. Both Dustin and Jen are anti-snake, so we were interested to see how Zach and Logan would react to all the snakes. 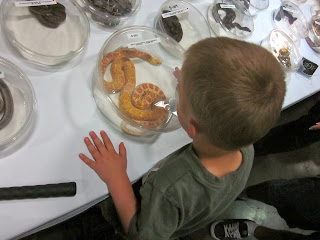 Logan had no problem getting close and petting a snake - check out Jen's face...she isn't quite so sure...especially since the lady handling the snake wasn't even paying attention! 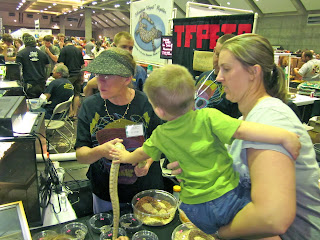 Zach tended to like the larger creatures. The mini-alligators and the large tortoises. 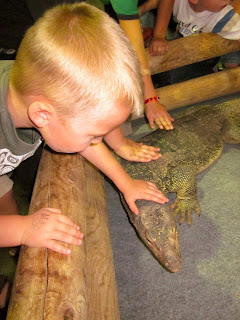 We think Logan really liked the snakes. He tried to bust this one out of its cage.... 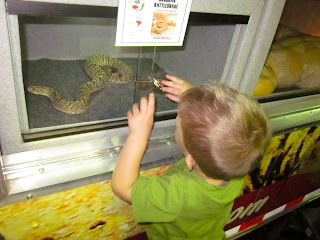 Then he want to try and bust the hose out of the wall - maybe he thought it was a snake? 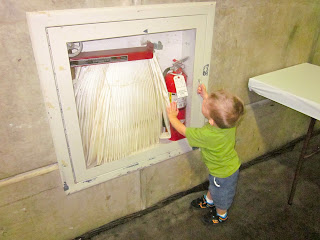 This just made all of us erie....yes it is real, and very alive. 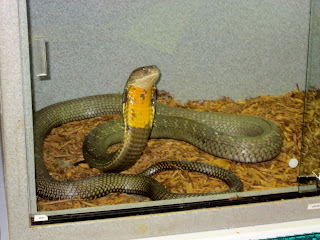 We didn't stay super long....I think we were all afraid someone would yell, "my snake is missing" at any given moment - and everyone would have to witness us scream like little girls and run out of there as fast as we could.
Later on in the early evening Jen's parents ward was having their Halloween Trunk-or-Treat party. They have a huge park next to the church building - lots of open area for the kids to run and have a great time! 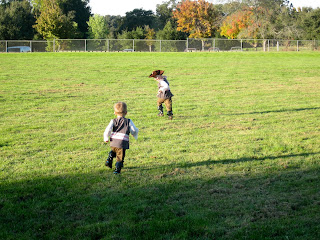 It was a potluck dinner - Dustin enjoyed the homemade chili. 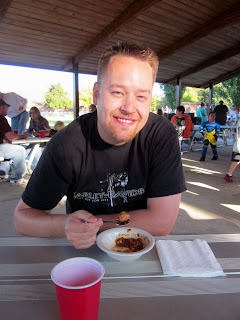 They had several activities for the kids to play. Eating donuts from a string......face painting....and whack-a-mole (Logan is whacking Zach!). 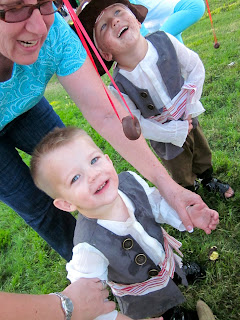 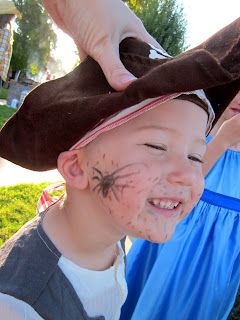 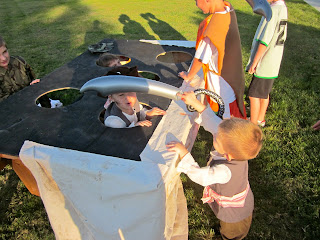 They even had a 'cake walk' - that was the first time Zach had ever done one of those. He loved it even more when he realized he got a cupcake when they called his number! 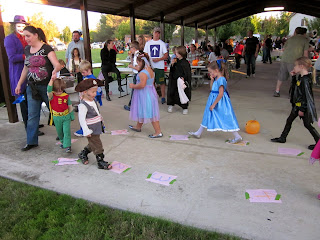 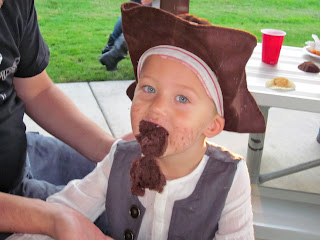 At the end of activity - the kids lined up for a costume parade..... 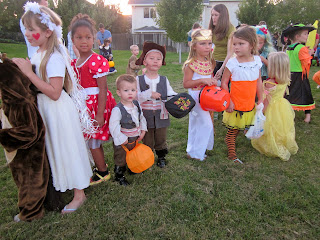 Then the trunk-or-treating in the church parking lot began! Dustin ran off with Zach - with the goal to hit up as many cars as many times as they could to maximize the amount of candy collected. Jen went with Logan - with the goal of showing him how you trick-or-treat. Logan was just THRILLED to get candy....after a few cars he decided he was done and just wanted to eat what he had.... 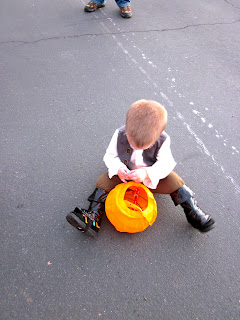 We went back to Grandma and Grandpa's car and Logan helped pass out the candy to all the other kids coming by. 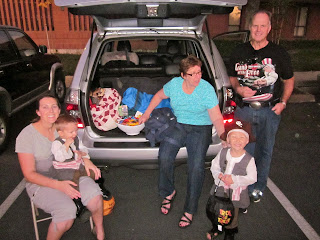 Halloween is still two days away and my kids already have WAY TOO MUCH CANDY!
Posted by Dustin and Jen Gray at 4:48 PM