The second day of our southering California trip we spent hanging out with the "Twogood's" in Anaheim. It was killing Dustin that we were that close to Disneyland and we didn't go in the park. Next trip......
Here is the Twogood clan 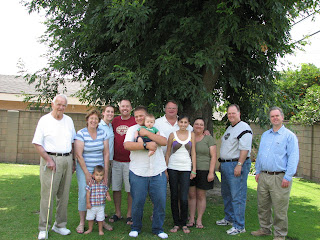 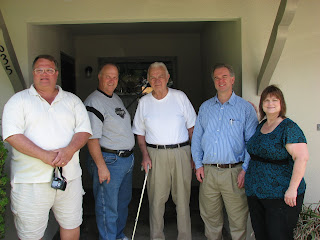 Zach and his Great Grandpa Twogood 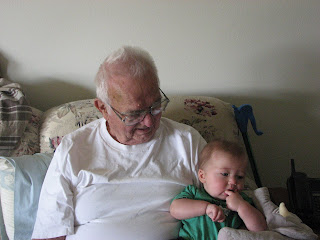 2nd cousin Chris helping with Zach's feeding - Chris LOVED Zach and had a hard time giving him back to us! 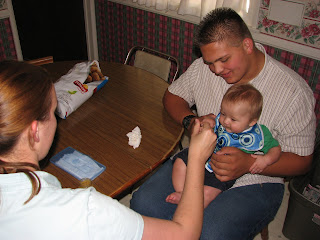 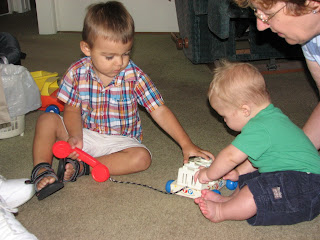 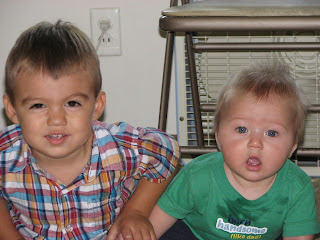 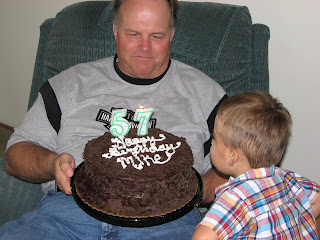 We took a quick trip to Downtown Disney (shopping area next door to disneyland) so Zach could experience the Disney store. He didn't go too hog wild...Jen was kind of hoping he would! We had get some snapshots of him with mouse ears - no smiles though! Maybe when he actually goes into the Disneyland park he will smile more :) 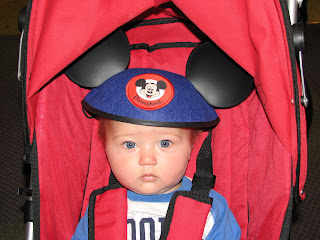 It was great seeing everyone. Cousins Katie and Chris are getting so much older - Katie just graduated high school and Chris is going to be a junior in HS this year! It just seems like yesterday we were all kids and playing together. We are already looking forward to our next trip to visit southern California. We are thinking next January - stay for a bit longer and hit Disneyland with Zachary and all the other family members.

Even though Dustin didn't get to go "in" Disneyland we did try and show him around a bit. We made a late night jaunt down to Hunington Beach and were able to walk down to the water just in time for the local beach police to "close" the beach for the evening (10pm on a Saturday night?!). We were impressed at how many bonfires were going on the beach - it really does look like the OC.

And now for a favorite shot.....Grandma with her grandsons checking out the planes at the airport while we were leaving! 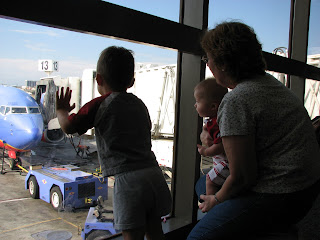 Posted by Dustin and Jen Gray at 7:03 PM