Today ThunderPig was in a car show in American Fork for Steel Days. Dustin headed up around 10:30am with the truck as the show started at 11am. The kids and Jen spent a bit more time at home (Logan took an early nap) and about 1pm we loaded up to meet Dustin at the car show. We decided to pick up some lunch on the way and eat together when we arrived. 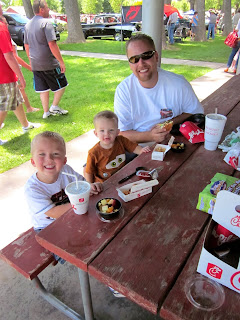 After lunch, Zach and Logan assumed their positions in the captains chairs.....staring everyone down that was stopping to see ThunderPig. 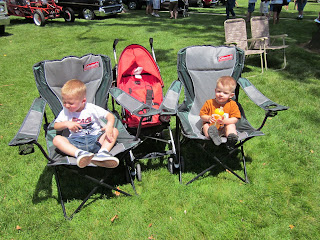 Dustin noticed there was a sticker on his windshield (must have been put on while we were eating lunch)...we were a "winner"! Awards weren't until 6:15pm so we had to stick around for another 4 hours to find out what we won. 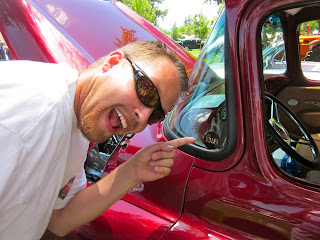 Here is a full sun shot of ThunderPig - it was a beautiful day! 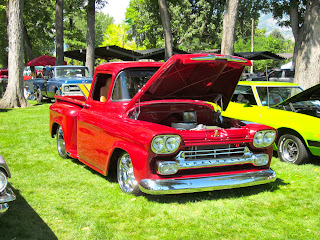 Then Logan the decided it was quality control time with ThunderPig......he is checking out the exhaust to make sure someone didn't accidentally hide food inside of it! 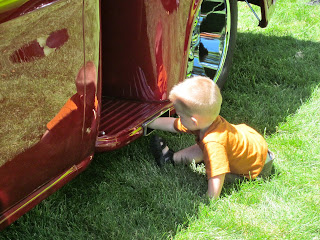 About this time Jen decided to let the kids explore a bit. The car show was at Rotary Park in American Fork and there were a few playgrounds. 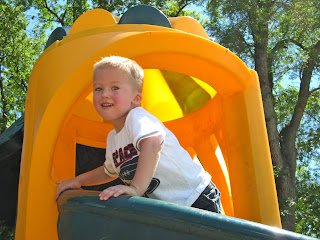 We were enjoying the playgrounds until my children apparently liked to go around scaring other kids.....check out the faces of the kids coming off the slide...now look at my kids. Yeah, they were screaming at them trying to "scare" them. 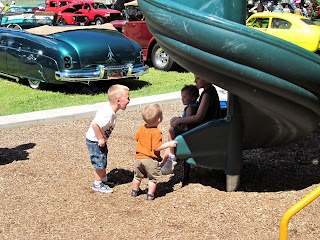 Next adventure to kill time, checking out all the dogs at the show. Lots of people had brought their furry friends with them. Logan found this 9 week old puppy and made friends. They would just lay next to each other and exchange some pets for a wet dog licks. 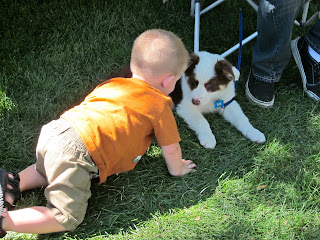 When the award show finally started we learned how they do it in American Fork. The show had several sponsors and each sponsor picked their favorite car, and those were the awards. So the "winner" sticker on our windshield was put on by the sponsor "Home Depot". 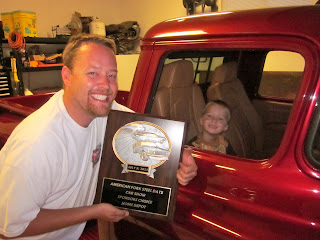 Now it was time for the night cruise. They close down Main/State street in American Fork for TWO HOURS so all the cars from the show can cruise the street for everyone to see. Jen and Logan went and waited along the side of the road while Dustin and Zach were driving around in ThunderPig. 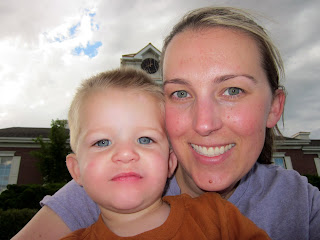 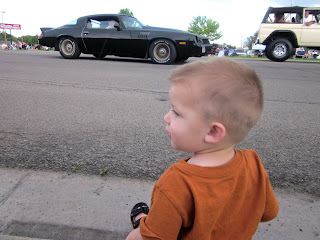 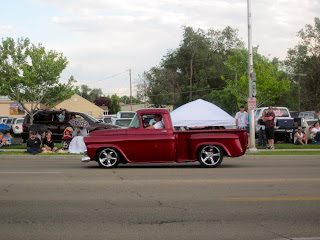 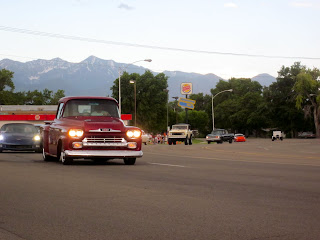 Dustin and Zach cruised around for about 30 minutes before Zach started falling asleep. He was tired...long day playing in the sun with no nap....it was almost 8pm as well. So we cut the cruise short and headed back home. Next year I think the whole family (Dustin, Jen, Zach and Logan) will be inside ThunderPig for the AF Steel days car cruise!
Posted by Dustin and Jen Gray at 10:31 PM