This morning we did some more scoping out of the activities around the resort.  The Mountainside actives are right next to this Marriott resort.  Zach took one look at this trampoline activity and kept begging us to let him try it.  He watched all the bigger kids take turns and jump supper high and start doing flips in the air.  Zach tried and tried during his turn.  Near the end he was able to do at least two backwards flips!  He (and we!) were so proud! 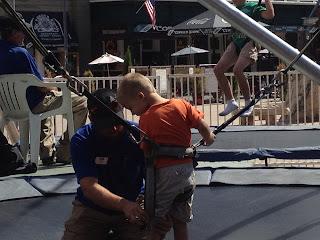 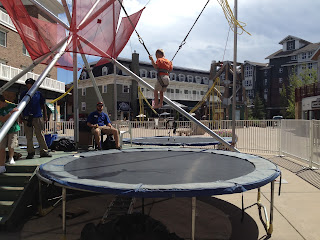 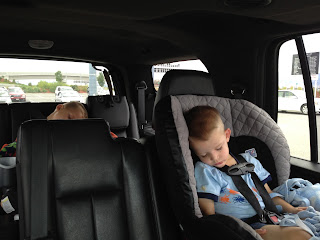 We made a few stops in Salt Lake before heading back to Park City...and once in Park City we decided to stop at a few stores at the outlet mall.  We were in Children's Place and Jen had picked out a few shirts and a sweatshirt for Logan.  She was waiting in line to pay and Zach joins her in line with these two girl headbands.  Jen asks Zach why he had them...and his response was, "I am going to buy these for my girlfriends".  Jen's first response was "you have two girlfriends?" which he said "yes"....Jen just looked at him for a few seconds and just gave in.  Once Zach realized that mom was going to let him get the headbands for his girlfriends, he wanted to pick out a third for his mom....Jen told him that was okay, they could be special for his girlfriends.  Check out color of the headbands in Zach's hands.... 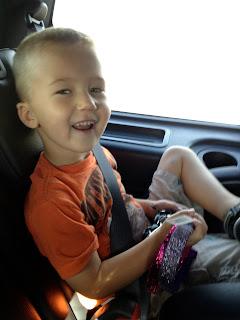 So we obviously shopped a bit longer than we expected....and now it was time for some dinner :)  We found a Cafe Rio.  Logan had fun walking to the restaurant holding both Grandma AND Grandpa's hands! 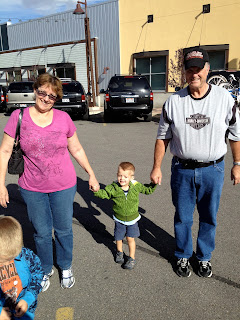 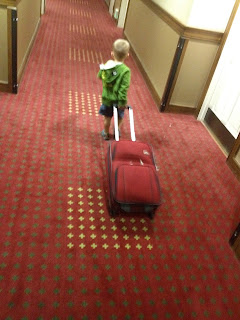 Posted by Dustin and Jen Gray at 4:07 PM