Today was our day to spend at DISNEYLAND!! 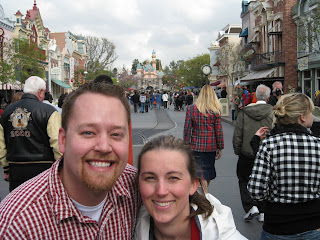 We had a blast. The park opened at 8am, but we didn't arrive until about 10am - we all slept in and enjoyed the morning a bit. Disneyland was a bit more crowded than California Adventure was the day before...most "popular" rides had about a 45 minute wait. The first ride we headed towards was the yellow submarine for Zach - they changed it so it was all "finding Nemo" style. Zach loves fish - so we figured he would like this ride. 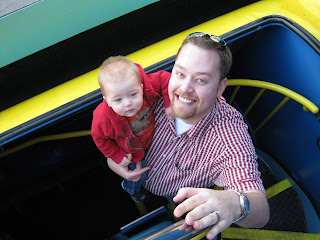 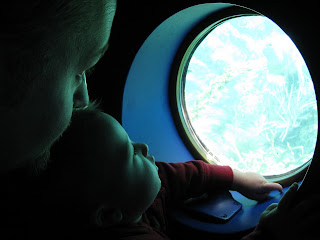 He was just about to fall asleep before we waited our 45 minutes to get on - we managed to keep him awake and he loved the ride. He completely crashed and fell asleep as soon as we put him back in the stroller - for a good hour and a half. During that time Jen's parents watched Zach sleep while we headed on Space Mountain. 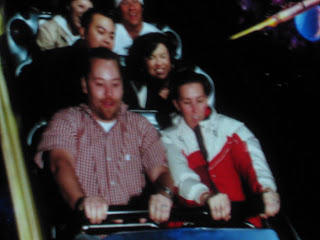 Next stop - Its a small world - just recently re-opened. This was the first ride we could physically see Zach getting excited for. He loved all the trees out front, and the clock and moving parts. He was intently watching all the characters and trying to figure out how they were moving! 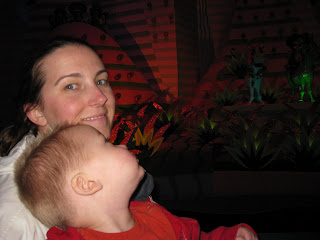 At this point it started to get a bit colder and start to rain. So we got out our rain jackets and headed for Mr. Toads wild ride....and then it was time for for another merry-go-round ride!!! 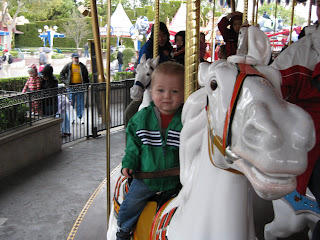 What kid doesn't want to try and be king? Zach used all his might and was unable to pull the sword out but will keep trying with future trips to Disneyland. 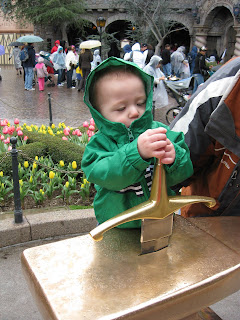 It rained for a couple hours - we still treked on! We saw the birds in the Tikki room, experienced the Pirates of the Caribbean....Indiana Jones....and much much more! Good thing we packed Zach an extra pair of clothes by the time the rain stopped his poor pants were wet (his rain jacket kept the rest of him dry!).
Jen's parents used to work at Disneyland before they met.....that is actually where they met - Mike as a hamburger cooker and Janice was a candy maker - at this exactly location on Main Street over 35 years ago! 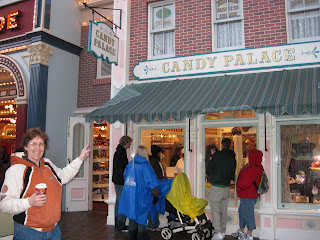 Right before we were leaving we finally found Mickey and Minnie Mouse! Zach accidentally took off Mickey's bow tie - but that was easily fixed :) 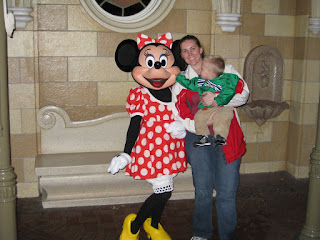 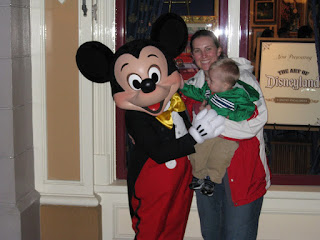 Mouse ears! Zach's first pair...with his name embroidered and everything! 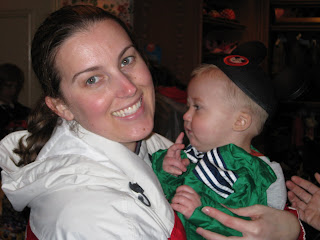 We had a great time with Jen's parents - even with the few hours of rain. I am sure we will have several more Disney vacations in the future! 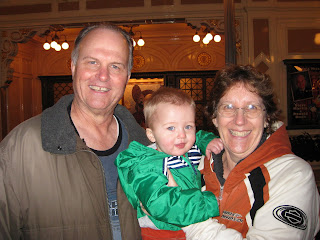