The weather is looking a bit warmer....what better time to make a road trip? Lucky for us - it was time for Sarah to graduate with her Bachelors degree in Horticulture at BYU-Idaho! We had both Glen and Jeanette meet us up in SLC and we road tripped it to Rexburg, Idaho. The drive only takes about 4 hours. Dustin's Aunt and Uncle live in Iona, Idaho (about 20 minutes from Rexburg) and they graciously allowed us to crash at their house for a few nights.

First stop - Rigby, Idaho to see Dustin's Grandma Simons (who is 90 years old!). She LOVES to see all her grandchildren (Dustin) and great grandchildren (Zach). 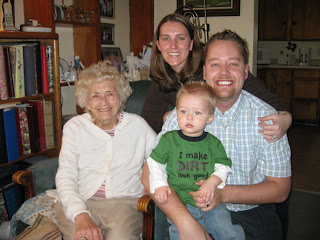 Next stop - up the road a bit to Rexburg to hang out with Nick and Sarah. They recently got a Guinea pig named Duke and ZACH LOVED IT. We got a picture of Zach "kissing" Duke - I guess from this shot you can't tell if he is kissing him or trying to eat him.... 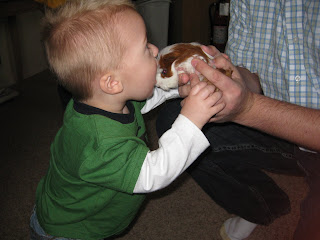 Dustin completed his associates degree from BYU-I back when it was formerly Rick's College - so we drove around the town to check out how things had changed in 15 years. Dustin was jealous that Rexburg now has a Taco Bell. Nick and Sarah kept telling us about this awesome dessert place called The Cocoa Bean - we found it and tried it....yum...yum...yum. They sell the best cupcakes we have ever had AND yummy drinks - think Starbucks frappacino any way you can order it but without the coffee...just lots of CHOCOLATE!

Then came the much anticipated GRADUATION!!!! Congratulations Sarah!! Some snapshots: 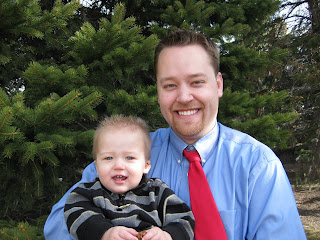 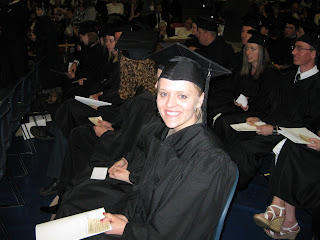 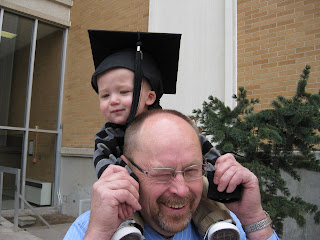 Didn't you know that Zach is already a college graduate? 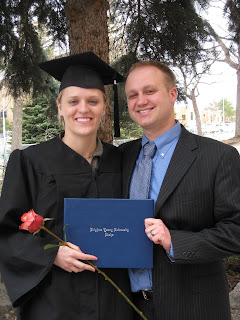 Sarah and Nick, she graduated and he is proud 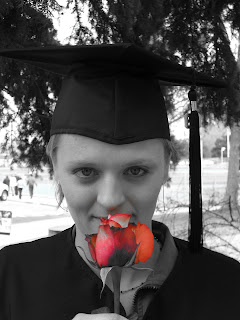 Jen's camera work...
Just when you think this trip can't get any better.....we hit up Red Robin for some post graduation celebrating in Idaho Falls. Zach was able to meet the Red Robin and we were able to get the staff to sing "Happy Graduation" to Sarah. What more could we ask for? 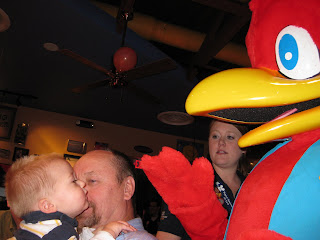 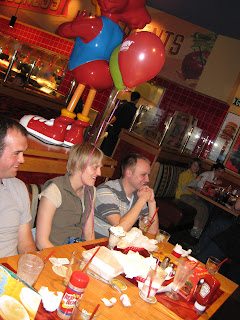 Being that it was Easter weekend - Dustin's Aunt and Uncle in Iona had the inside scoop on an Easter egg hunt happening....so we checked it out. The "hunt" started at 11am on Saturday. Zach woke up from his nap at 10:50am on Saturday. We changed his diaper, grabbed a basket and ran out the door. We literally got to the starting line as they said "GO" - for once an activity that started right on time. Zach had only learned about plastic eggs the day before - so he is still of the mentality, I have two hands therefore I only need two eggs. Jen fought to make sure he got those two plastic eggs...and happened to score with a mini football too. 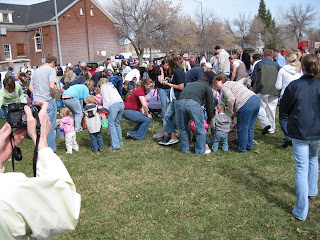 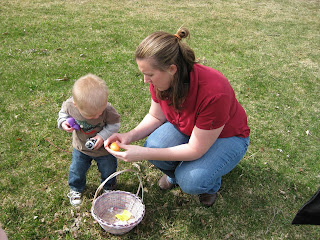 Zach happy with his two eggs and mini football

And we topped the trip off with a fake pony ride at the local Idaho Falls walmart: 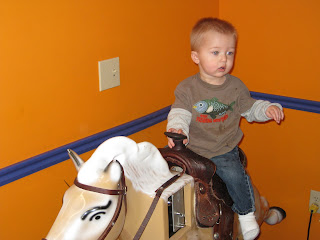 A very sucessful road trip - we were able to spend lots of time with immediate and extended family....and had some fun along the way as well :)
Posted by Dustin and Jen Gray at 9:55 PM