Logan was the first one up this morning - he got to see what Santa brought him first! He enjoyed going through his stocking with Grandma Twogood....and of course checking out that green dump truck (John Deere ride on Gator). 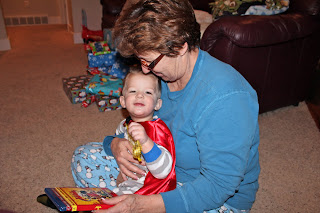 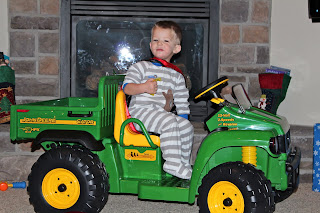 When Zach woke up - he was SO EXCITED to see the green dump truck in our living room. He was also excited to see that Santa's reindeer ate the food he left them. We let the boys play on the gator for a bit...we weren't ready to tackle the rest of the presents yet! 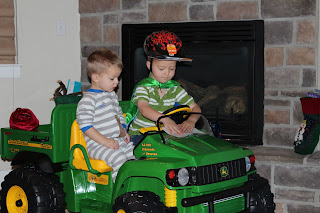 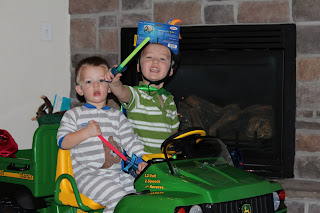 Okay NOW it was time to rip into all the other gifts! The boys were really spoiled...they had presents from every family member and even from some of our friends! 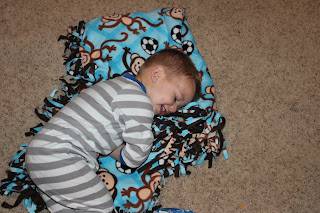 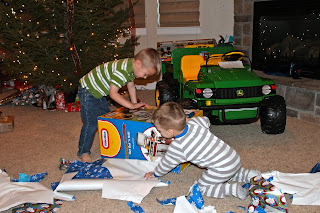 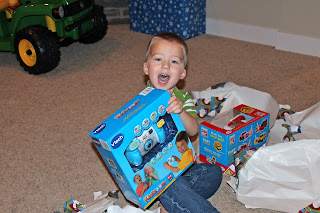 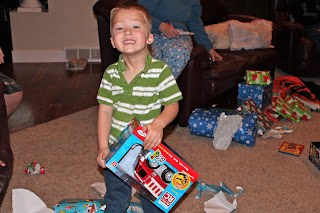 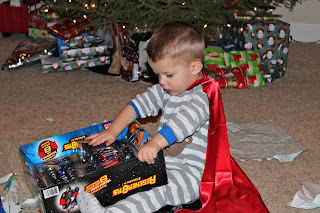 Here is Jen's stocking stash.....her "Santa" sure knows what she likes! 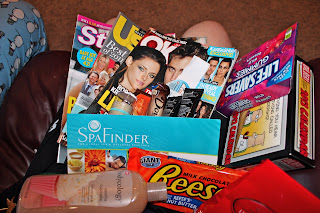 Dustin got his ipad2! 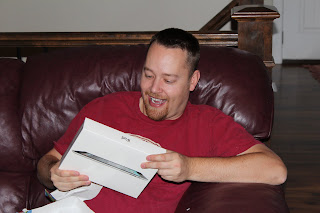 Now the boys decided to start playing with some of the toys.....they liked playing with the play BBQ set - Dustin even got dressed up in his apron and hat and played with the boys. 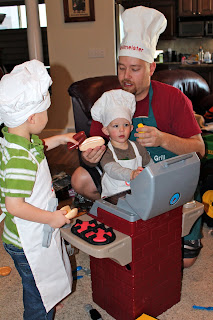 These pet hamsters were such a hit too....Zach and Logan were chasing them around the house! 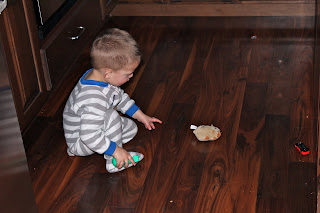 When the boys finally decided to start watching some of the movies they got for Christmas....they decided it had to be drive-in movie style in the green dump truck. The battery for the gator wasn't going to be ready for another 4-5 hours, so the dump truck wasn't moving. 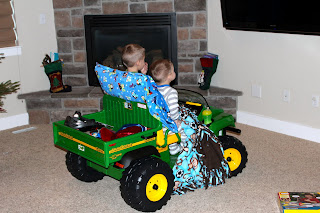 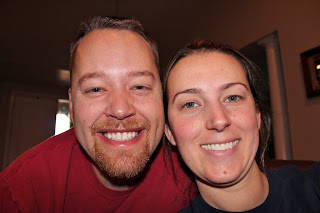