Dustin and his friend Cliff love shiny cars that go fast and have huge manly engines.. They've rented exotic sports cars, and have taken several trips to Moab (2008, 2009, 2010 1, 2010 2), so this next trip should have been nothing new for them.. but this particular trip Dustin came home with a huge smile on his face.. He couldn't stop telling Jen and his Dad how cool it was to throw that helmet on and put the petal to the metal and drive a sports car on a professional race track the way you're supposed to!

They took on the Mustang Challenge at Miller Motorsorts Park and had the time of their lives.

With a little bit of this: 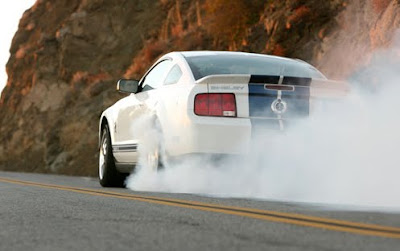 And a whole lot of this: 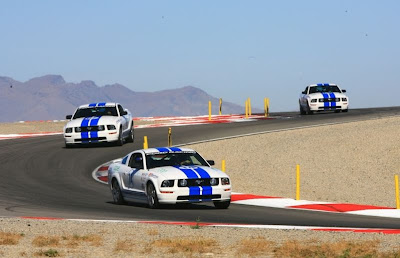 
Here is Dustin standing in front of the Performance school where he and Cliff learned how drive one of Miller Motorsports highly modified Ford Mustang GTs on the race track. 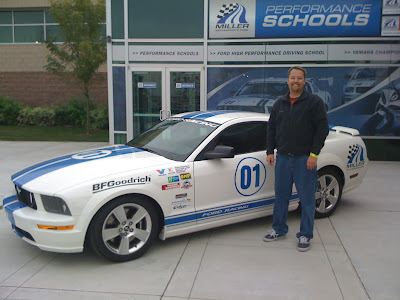 Before they hit the track they walked through Larry H. Miller's Sports Car Museum.. There was a lot of drool on the ground.. Here is Dustin's favorite.. A Ford GT40 Mach IV. 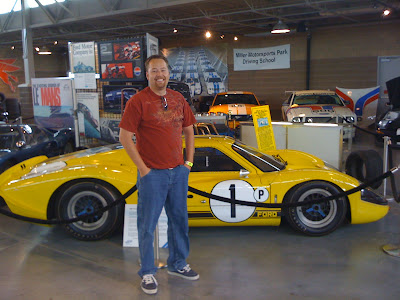 This was Cliff's favorite, a rare Daytona Coupe. 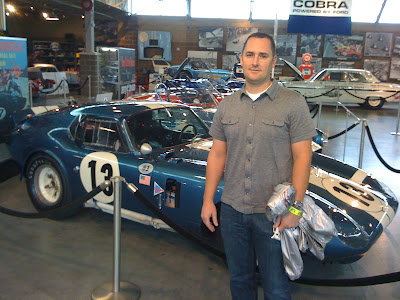 After wiping the drool off of their faces they headed to the track. 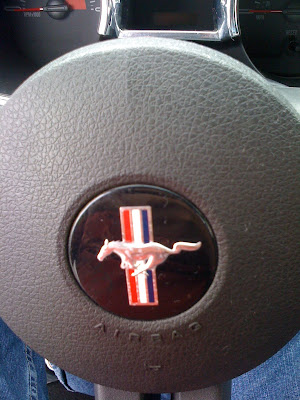 Dustin jumped in and said.. "Yeah I could drive this to work every day" 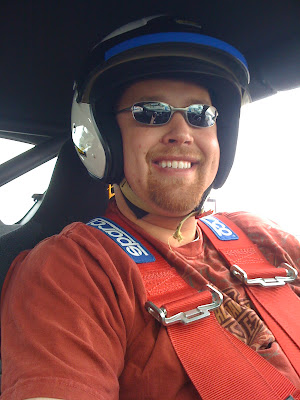 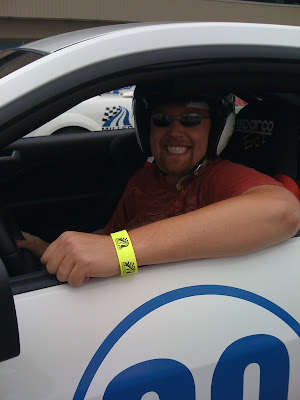 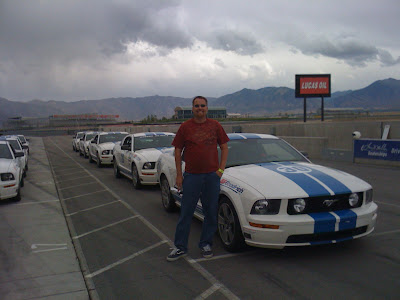 This is the track they raced on.. Its really nice and on the front straight the guys were going anywhere betwen 80-120mph! Yikes! 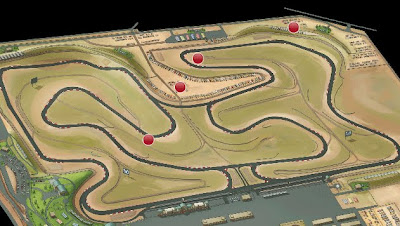 After driving the cars they goofed around a bit on their tour of the facility.. 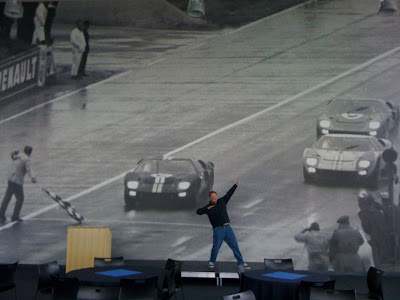 Then they headed over to the Super Karts.. These were no standard go-karts.. They were just as highly modified as the Mustangs they drove, only on a different level.. These go-karts reach speeds of 25-45mph! 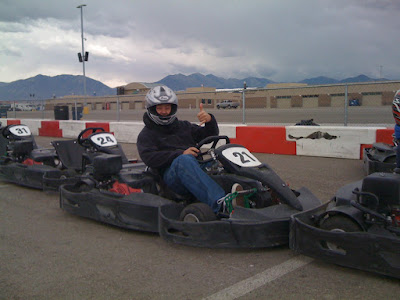 Check out the protective gear you have to wear.. A head sock to soak up the sweat from pulling all of those G's around the corners.. a neck brace in case of a bad spinout on a corner, and a racing helmet! 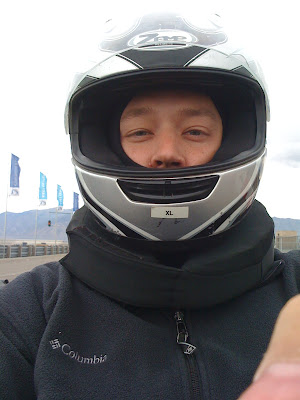 Cliff had the fastest time on the track though Dustin said his time didn't get recorded and that he was gaining on Cliff on the last few laps.. Uh huh.. and Dustin says he's not competitive.. right! 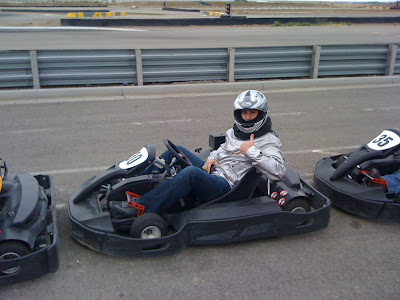