Pumpkin Carving at the Grays!

This year we ended up with 8 pumpkins.. which is nearly 3 times as many as we usually get. Since Dustin's Dad and Jen's Mom were going to spend Halloween with us, we figured, we could all carve one or two and have one or two left over for pumpkin pie! 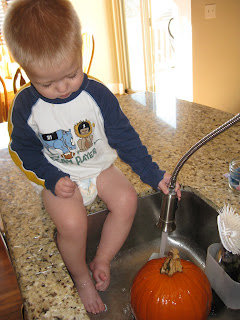 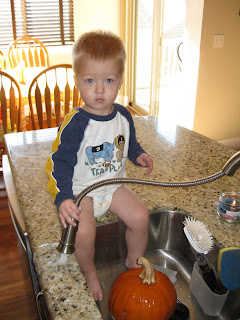 Then we washed the floor off! Yes as you can see from this picture.. the pumpkin wasn't the only thing to get washed.. heh heh 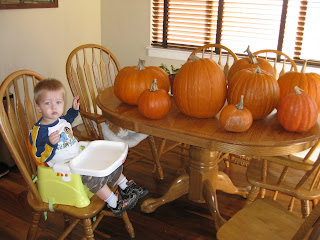 After the pumpkins were all clean, we put them on the kitchen table to let everyone pick out their favorites and start thinking of what they would carve on them. 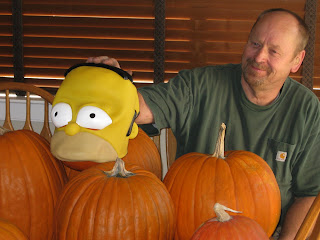 Dustin's Dad picked his using the Homer Test. If his Homer mask fit on it, then that was his. LOL! 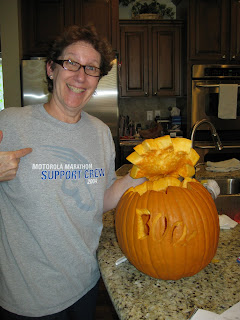 Janice showed off her skills by making a pumpkin say "BOO!" 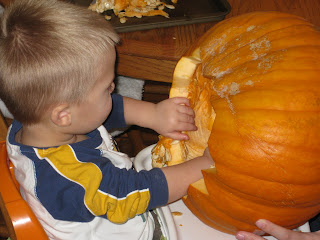 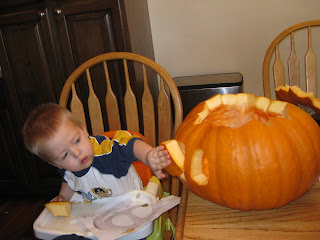 It was pretty funny to watch him try to fix the pumpkins.. When we would cut out parts for the faces, he would try and fit them back in place. 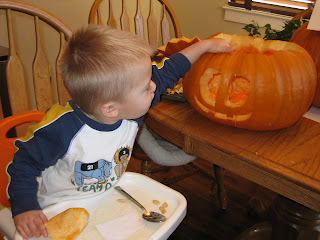 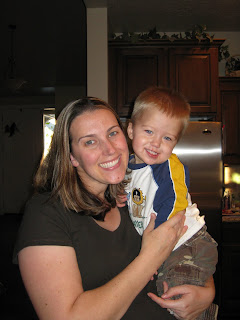 As you can see, they were very happy and worked well as a team. They even came up with the same pose for the camera! Cute! 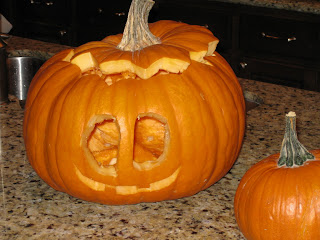 Another shot of their team accomplishment 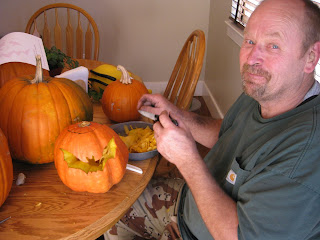 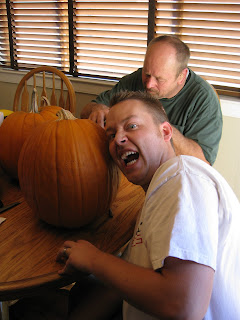 As Glen started working on his next pumpkin, we caught Dustin clowning around with his pumpkin saying.. "This is what I want mine to look like" 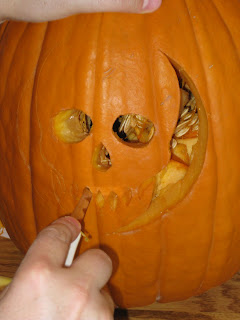 Here is Dustin carving away at his skeleton head 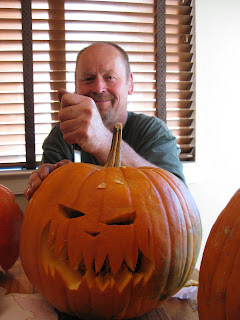 Dustin's Dad is quite the pumpkin artist. What do you think of his Pumpkin King? 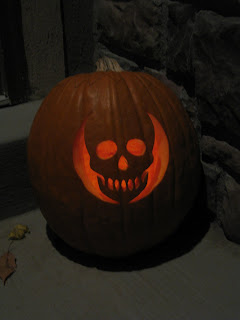 Dustin's Skeleton lit up for the Trick or Treaters to enjoy 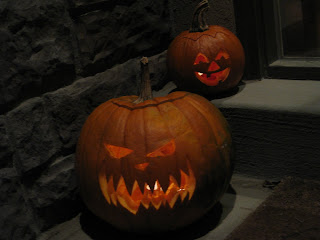 Janice's happy pumpkin in the background, and Glen's Pumpkin King 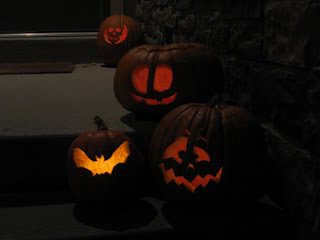 Not bad huh? We had a lot of fun carving these. Hope you enjoyed seeing them as much as we enjoyed carving them!
Posted by Dustin and Jen Gray at 10:49 PM