Hawaii Trip Day #6 - East side (Hilo) and a Volcano

Today was the big road trip to the east side of the island. We planned on hitting up Hilo and the Volcano National Park. As usual we were ready early (yup, the kids). Here is Logan showing off his new hat - of course he wore it only long enough for us to take this picture. 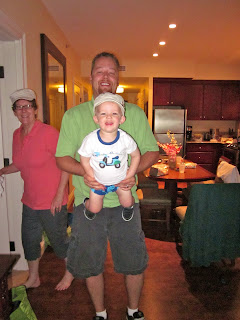 The drive to Hilo was quite pretty, very green and lush. The clouds were so low to the road at some points, we took this picture that kind of captures the feeling. It looks like you are driving into some scarey stuff! 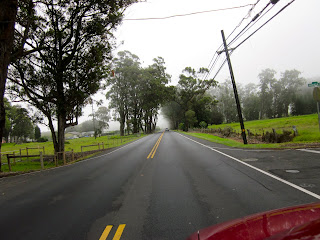 We stopped for a snack along the way. Jen's parents had been to this place called "Tex Drive In" and raved about the custard filled pastries called Hawaiian Malasadas. They have tons of flavors and fill them as you order so they are fresh. The kids were able to watch them make the pastries. They tasted pretty good...I can't say we have seen or tasted something like this on the mainland. 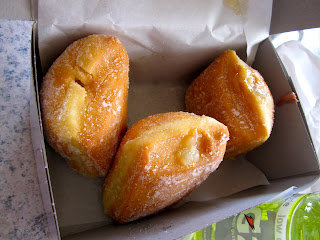 Now that we had our sugary treat....we needed to burn off some calories, so the next stop was Akaka Falls. It was barely starting to sprinkle rain as we got out of the van. We tried to get a family shot before the short hike to the falls....this is what we got...look at both photos. Logan instigated a punch at Zach in the first picture and Zach returned that punch with one of his own in the second picture. Yes - we caught our kids fighting while taking a family picture! 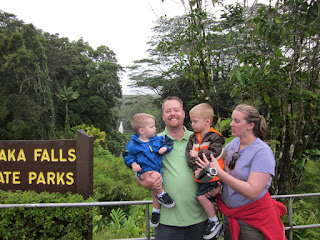 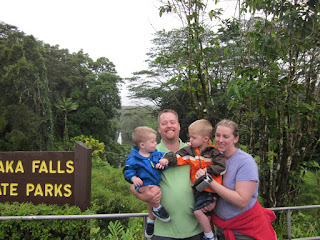 The hike was perfect. Not tool long and not too strenuous (Jen's mom had a hurt knee). There was plenty to see - lots of green lush, bananas, beautiful waterfalls...everyone enjoyed the exploration. 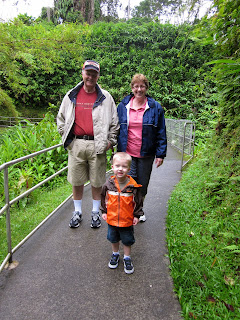 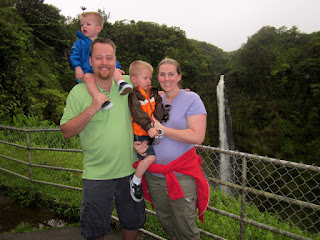 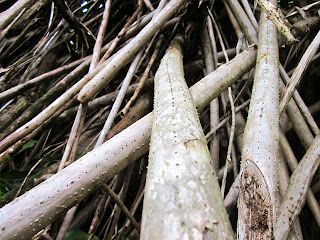 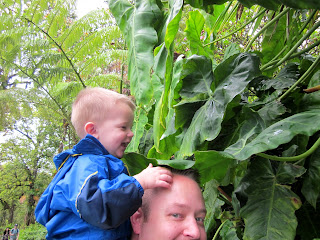 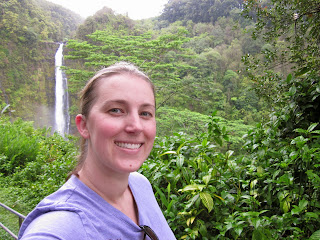 Once back in the van after the hike both kids fell asleep for the rest of the drive. We arrived in Hilo and decided to grab some sandwiches and take them with us to the Volcano National Park. Hilo was very large compared to the rest of the cities we had seen so far on this Island. The Volcano National Park is about 30 minutes south of Hilo on the east side of the Island of Hawaii. Once at the park both kids woke up, so we were able to enjoy our picnic lunch before starting our volcano explorations.
We had high hopes of watching lava flow into the ocean from this active volcano, but earlier this year the lava stopped. Zach was really excited to see a volcano....every time the colds cover the mountains in front of our house he calls them "volcano's". We were able to see the big crater opening of the active volcano and see lots of steam escaping. 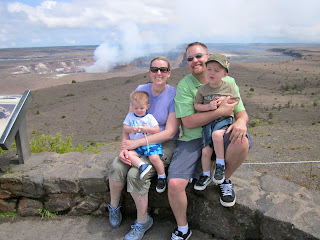 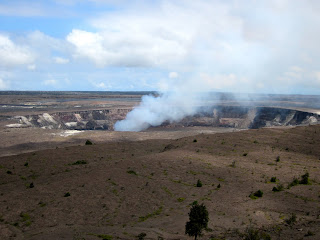 Apparently with the recent change in the volcanic activity the park had to close certain areas due to dangerous gases. They had signs like this posted all over the place. 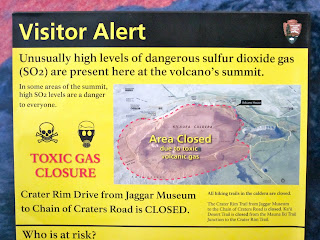 We spent several hours at the Volcano National Park. One highlight included walking through a lava tube - pretty sweet! You are walking through this thick green jungle and all of a sudden there are these huge empty tubes in the ground. 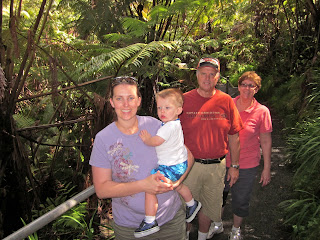 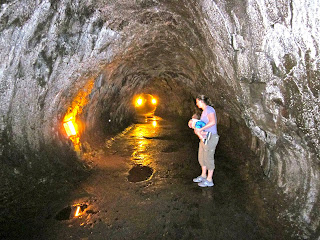 Another highlight....what do you do when the three year old you have been trying to potty train for several months says "I have to go potty" while you are in the middle of nowhere in a Volcano Park? 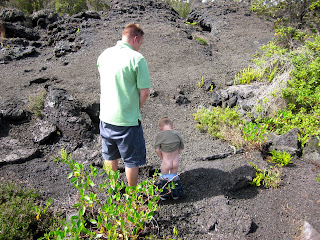 ...yup, that is what you do. You tell your kid they are cool because they pee'd on a Volcano.
Once you get past most of the touristy areas near the visitors center the landscape gets wild. You can see the hardened lava and where it flowed, and in some cases they just built a road right through the middle of it! 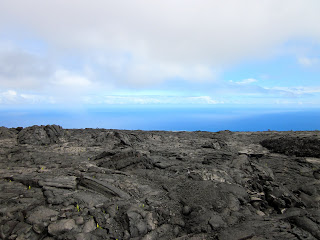 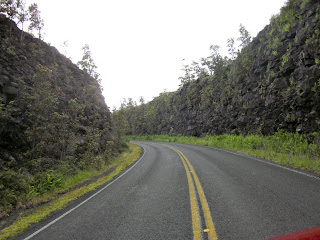 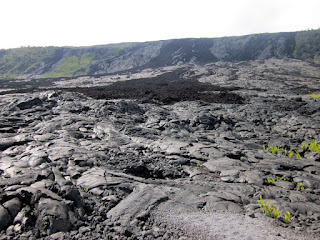 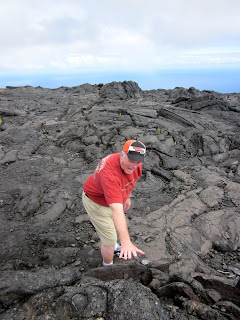 The end of the road literally spit you out at the end of the island on the southeast side. The lava had formed cliffs and the view was BEAUTIFUL! 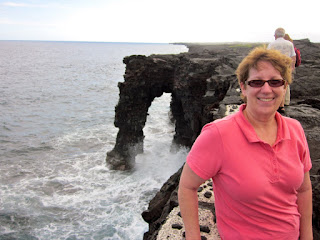 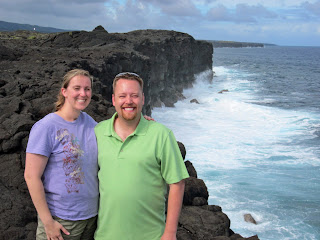 That was all the time we had to explore the Volcano National Park today. We headed back to Hilo where we were meeting some old friends of Jen's parents, the Emery's, for dinner. They all lived in the same town back in California 10-15 years ago and the Emery's moved to Hilo a few years back. We met at "Ken's Pancake House" for dinner - which was recommended by all the locals we talked to. The kids were a bit restless, but we were all able to have a great meal and catch up on life. 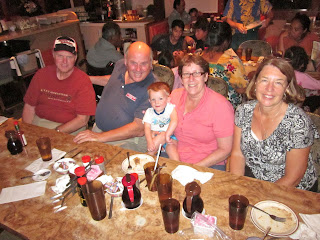 It was almost 8pm when we finished eating and we still had a 2.5 hour drive back to the Kona side of the island. Long long day....but we saw some pretty cool stuff!
Posted by Dustin and Jen Gray at 8:47 PM