Today was our snorkeling day. Jen's parents watched the kids while we headed back to "turtle bay" in Kauila-Kona. Grandpa took Zach back to the hotel pool for some more water slide fun while Grandma chilled with Logan (he wasn't feeling good intestinally.....catch my drift....he ended up sleeping a lot). The weather was overcast - which worked in our favor because the snorkeling location was not very crowded. 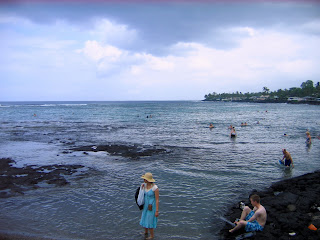 We probably snorkeled for a good 2 hours and decided to stop once our eyes started hurting from all the salt water. We saw lots of very colorful fish, coral, enemies, and SEA TURTLES! Yup, we saw three sea turtles while we were snorkeling. We took a ton of pictures (we have an underwater case for one of our older digital cameras), here are some of my favorites. 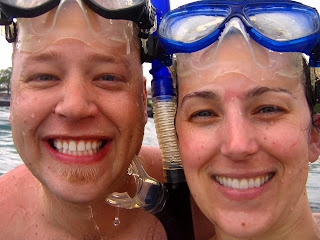 yup - that is Dustin 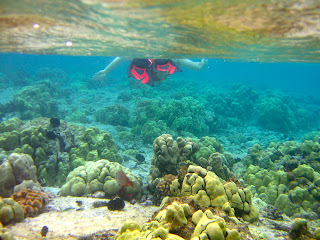 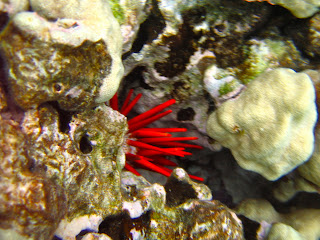 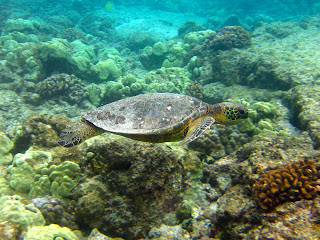 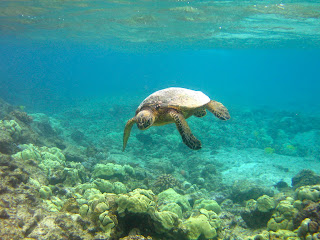 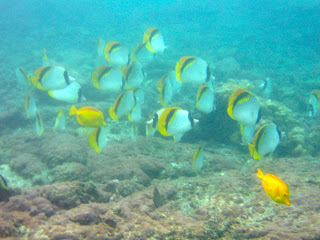 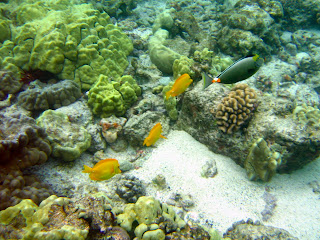 Once we got back to shore we found a sea turtle just chilling by the exit trying to get to shore. We tried to get close, but not too close. It is a $2500 find if you are caught touching one of these beautiful creatures. 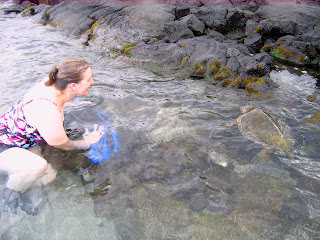 We headed back to the hotel and found Zach back from the pool, and Logan still asleep. Zach was cuddled up with Grandma and Grandpa watching a movie. 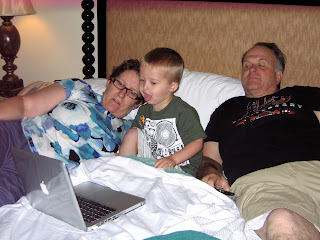 We ate some lunch and Logan decided to wake up. So once he enjoyed his lunch we hit up the pool right behind our room (the one without the waterside). This was the first time we had tried this particular pool and it was WARM....almost too warm to enjoy. The kids loved the pool because about half of it were steps, they gradually got deeper. Zach could touch the bottom with the steps for almost half the pool, and Logan had a good 1/4 of the pool to walk in the same way. 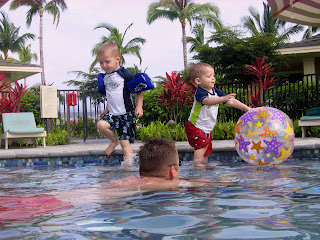 Jen's mom made good use of that hot tub....in hopes it would ease the pain with her knee. 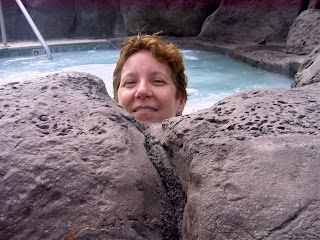 The day didn't end there! We got wild and crazy for the rest of the night! Jen's parents offered to watch the kids again so we could attend a Luau. Zach was so excited to hang out with Grandma and Grandpa, they were headed on the hotel "bus" to the market place/mall to get some dinner and watch the tourists. It was all Zach talked about for the hour before they left - "we are going on a bus!". Later on we found out he fell asleep shortly after they arrived at the market place, he didn't even get a chance to eat dinner. All that playing hard with Grandpa at the pool earlier this morning (and no nap of course) and Zach was out cold at 6:30pm for the entire night! Logan was thrilled of course....that meant he had Grandma AND Grandpa all to himself.
We headed to the Mauna Kea hotel (about 5 miles north on the highway from our hotel) for the luau. This hotel was AWESOME. They had quite the view and quite the beach. 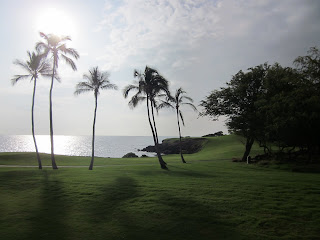 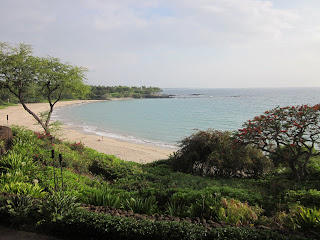 We got there early enough to watch them dig the pig out from the pit. They did it barefoot. When we asked why they said because it was "tradition". I guess after a while standing on hot coals you don't feel it anymore (ouch). 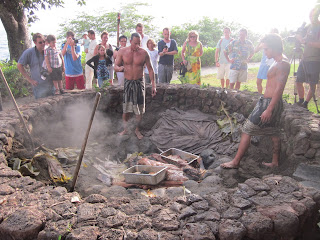 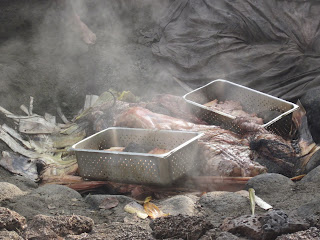 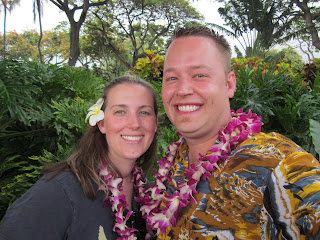 This really was the perfect place for a luau. The area was right along the beach where you could watch the sunset. 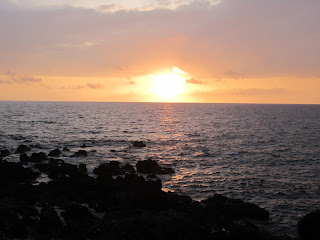 It wasn't super crowded, around 100 people (looks like they had the set up to accommodate at least 200 people). The food was quite impressive as well - check out Dustin's plate! 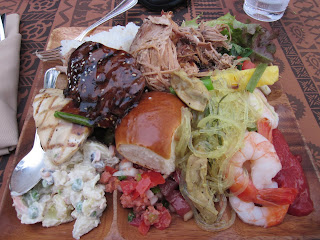 Jen was a bit more reasonable in the portion department :) 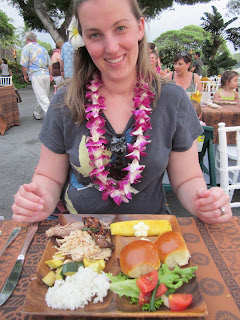 Most the pictures of the luau performance didn't turn out that great. It was dark and those performers were moving all over the place! It was a great show...we would go there again! Dustin had to get his picture with the women dancers at the end..... 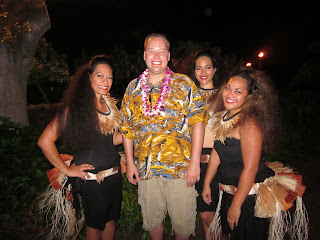 Posted by Dustin and Jen Gray at 9:17 PM